Choosing a lucky charm - How?

14 lucky charms for self-confidence and protector

Lucky Charm: Some people swear by them, and others think they are dumb. But whether it's possible to influence Lady Luck with a bunny's foot or a cuddly pig, lucky charms can affect your attitude and can be a lot of fun. And if you are having fun and feeling more positive, your attitude can make you luckier too! So if you don't already have a favorite lucky charm, check out these popular symbols to see if any inspire you. 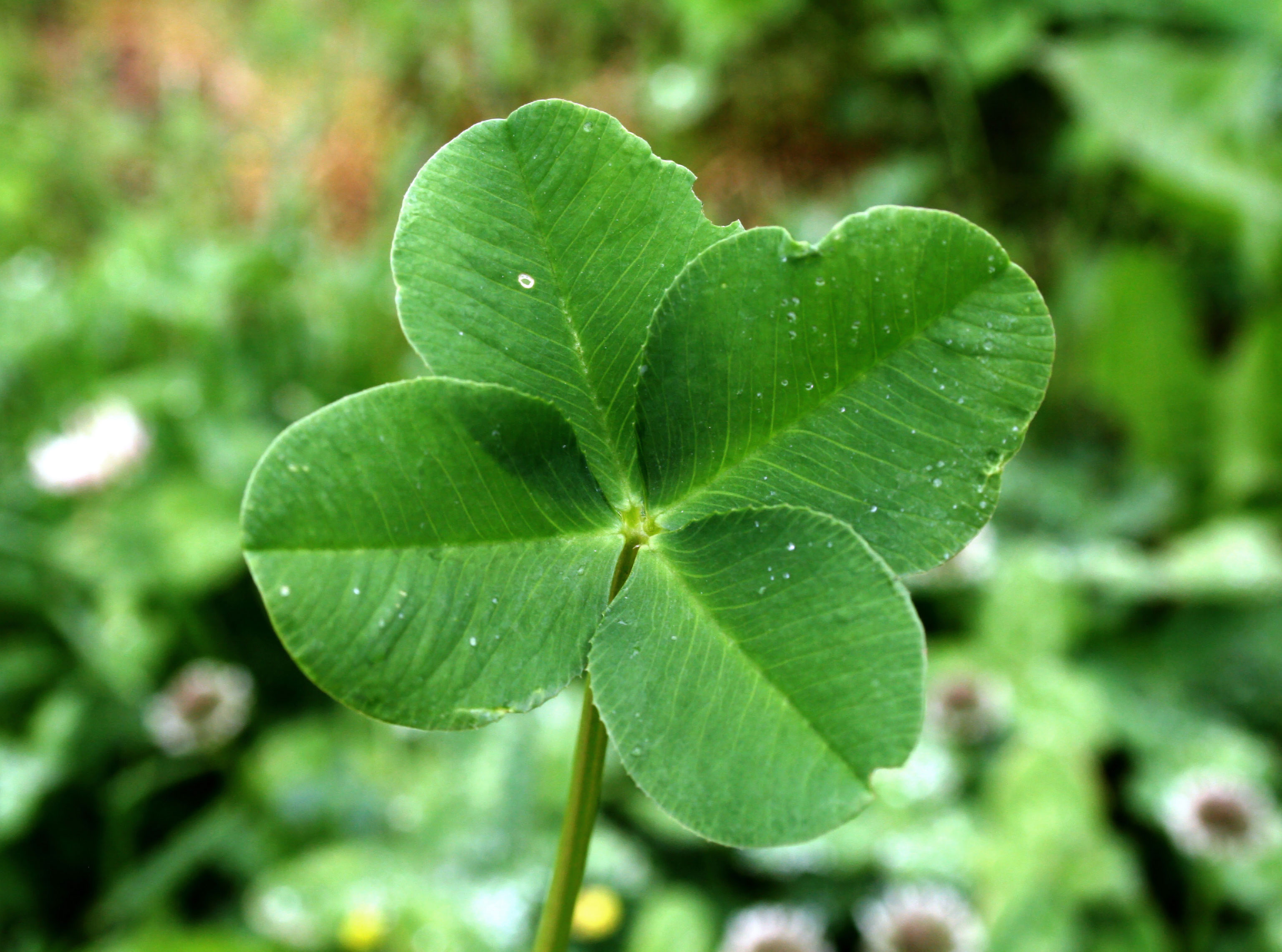 Four leaf clovers are an ancient Irish symbol of luck. The Celts believed that a four leaf clover could help them see fairies and avoid their mischief, which was considered a common source of bad luck.

The four leaves were believed to have mystical powers representing faith, hope, love, and luck. Another legend has them for glory, wealth, health and faithful love.

There are many variations of the four-leaf clover, of course, but the lucky ones come from the white clover plant, also called Trifolium repens.

True four-leaf clovers are rare, with only about one in 10 plants bearing the lucky leaves. A Scientific America video on finding four leaf clovers offers proven ways to improve your odds.

To find out that you've found a real four-leaf clover, look for a smaller leaflet than the other three. If the four leaflets are the same size, you are probably looking for the wrong variety of clover.

If you want to have a four leaf lucky charm, you don't need to spend a lot of time roaming the clover fields. There are plenty of fun crafts that you can make yourself.

Horseshoes are one of the most popular lucky superstitions, with various legends attributed to giving them their lucky powers.

A legend says that horseshoes are lucky because they were traditionally made of iron. The mischievous fairies could not bear the contact of the iron, so they shied away from the houses that were adorned with it.

Another legend attributes lucky horseshoes to Saint Dunstan, a historical figure who died in 988 AD. According to legend, Dunstan, who was a blacksmith, was commissioned by the devil to shoe his horse. Instead, Dunstan nailed a horseshoe to the devil's foot and refused to take it off and relieve the devil's pain until he received a guarantee that the devil would stay away from any home with a horseshoe on the door. So any house with a horseshoe was guaranteed to be lucky.

Whatever the context of the legend, horseshoes are a lucky symbol fun to hang on your home or computer room door (just make sure the tips are facing up so the horseshoe can fill with luck). Or use horseshoe stickers to decorate your computer (making sure you don't cover the ventilation slats). 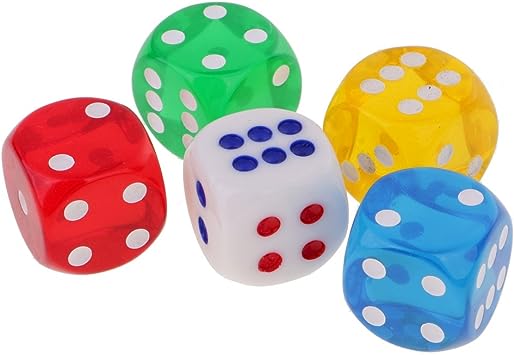 Considering the number of games of chance played with dice, it is not surprising that they have become a symbol of luck. But compared to some of the lucky charms on this list, fuzzy dice are a relatively recent invention.

During World War II, fighter pilots carried out missions with a terrible chance of making it home. They would bring their own good luck charms with them in hopes of tipping the odds of a safe return in their favor. Gaming items like cards and, yes, dice were popular aboard fighters.

Knowing the tradition of the Second World War, Deccofelt Corp began to market fuzzy dice to hang on the mirrors of cars in 1959, and a fashion was born.

If you want to use fuzzy dice as a talisman, you can sew a pair of them or buy a bunch of brightly colored dice and glue them hot on your monitor or on the edge of your desk. 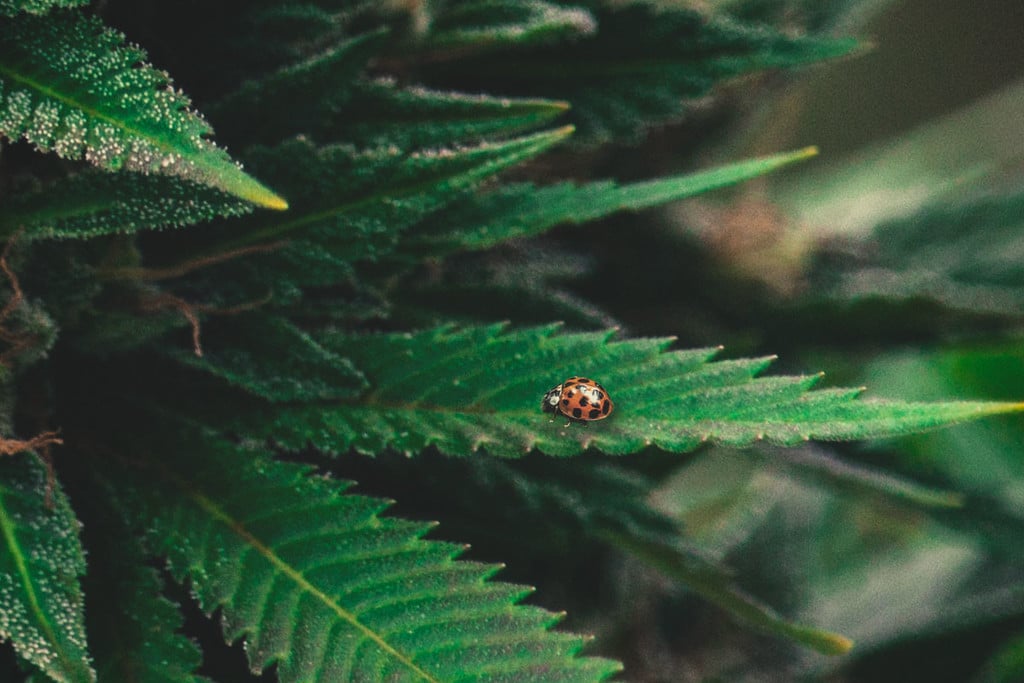 Ladybugs are popular insects around the world and many cultures believe they bring good luck. In German-speaking countries, they are literally called lucky bugs: "Glueckskaefer"

How can a ladybug make you luckier? Some cultures say that if a ladybug lands on you and you don't brush it, your luck will improve. Others say that if a man and a woman see a ladybug at the same time, they will fall in love. in Belgium, a ladybug crawling on the hand of a young girl was a sign that she was soon to be married. A large number of ladybugs in the spring signaled to farmers that there would be a good harvest.

And not all ladybugs are created equal in the luck department; the darker their color and the more spots they have, the more chance you have!

If you want to be luckier, watch out for these happy bugs, as killing a ladybug can bring you bad luck.

Ladybugs are cute and can make great good luck symbols. Some ideas for ladybug charms include making a cute ladybug jar for your computer desk, painting rocks to look like ladybugs, or having fun with other ladybug crafts.

Growing up, you might have heard that seven is the luckiest number, but has anyone told you why? Angel number seven has been linked with luck, perfection, and the acquisition of knowledge in many cultures throughout history.

One of the reasons could be that the number seven has special mathematical properties. The ancient Greeks called 7 "the perfect number", the sum of 3 (triangle) and 4 (square), which are perfect shapes. Seven is also popping up in a number of important places:

How can you adopt the lucky seven as a lucky charm? If the number itself doesn't excite you, how about making a grouping of seven lucky symbols: seven small crystals, for example, or seven ladybug charms.

Now, if you grew up in China, you would probably say that number 8 is the luckiest number, and the reason is much clearer than with number 7. In Chinese, the word for number 8 sounds like a one. much like the word for prosperity. Its lucky properties are therefore a kind of play on words.

The number 8, with its two graceful curves, is also a balanced number. Balance and harmony are essential ingredients for a lucky life.

If number 7 doesn't catch your fancy as a lucky charm, then maybe number 8 would suit your style better.

Rabbit Lucky Keychains, whether real or fake, are popular symbols of luck. But did you know that the tradition actually comes from the magic of the hoodoo?

The original caption says that the left rear foot of a rabbit captured in a graveyard at night can ward off evil magic.

Fortunately, we don't have to put in so much effort to get inspiration from a fun bunny's foot. There are fake rabbit feet for sale if you don't want to harm a live rabbit. You can also try sewing a lucky felt bunny or learn how to draw your own lucky bunnies. 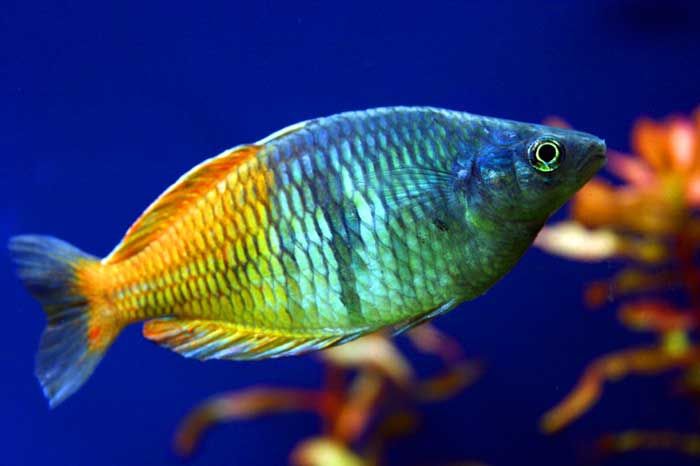 Rabbits are not the only animals to be used as lucky charms. For example:

With such a wide array of choices, it's pretty easy to find a favorite animal to serve as a lucky charm.

Rainbows are considered lucky due to legend that if you dig into the end of a rainbow you will find a pot of gold.

Rainbows are great lucky symbols for fans of the raffle. Not only do they have a great story behind them, but they are also beautiful and cheerful. If you need something to motivate you to enter the contest, what could be better than a bright and colorful rainbow?

There is a famous saying about lucky coins:

Some people say that not only is any penny lying on the floor lucky, but lucky coins must be found face up. Personally, I think any free money I find lying around is lucky!

Did you know, however, that pennies aren't the only lucky coins? For example, Chinese I-Ching coins are also considered lucky and are often given as a lucky gift on Chinese New Year and for weddings.

The I-Ching coins and coins can make pretty decorations for your office while bringing a little luck to your participation in the draw. 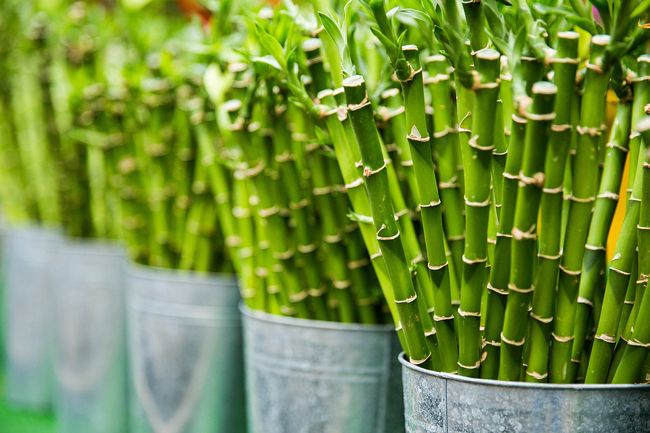 Lucky bamboo is technically not bamboo at all, but a close relative called Dracaena. It is a hardy and long-lived plant, which could explain its lucky properties.

The more stems a lucky bamboo plant has, the more luck it is expected to bring. A plant with three stems would bring happiness, wealth and longevity to the owners. But some plants have even more stems, which would give more luck.

Dreamcatchers come from the Native American tradition. Resembling a canvas or netting stretched over a loop and decorated with pearls and shiny feathers, they are said to catch bad dreams when entering a household.

By capturing disturbing dreams, they make the owner happier, more balanced and luckier. Plus, they look pretty cool too.

Hang a dream catcher inside your office window to ward off bad luck. Or buy a pair of dreamcatcher earrings or a dreamcatcher necklace to bring good luck with you wherever you go.

The evil eye to ward off bad luck While you can give someone the evil eye when they annoy you, people have a habit of taking malicious looks a lot more seriously. Usually triggered by jealousy, giving someone an evil eye was believed to cause all manner of suffering, including mental illness and physical illness. For thousands of years people have been using evil eye talismans, or nazur , to ward off the bad luck caused by these curses.

Le evil eye lucky charm takes many different forms. Some cultures use a hand with an eye in its center for protection. Others use simple blue or green beads. But some of the most popular and beautiful evil eye talismans come from Turkey. They use glass beads with alternating blue and white circles for better luck.

To create your own evil eye charm, you can either buy jewelry containing the evil eye motif or craft your own nazur by painting rocks or by creating an evil eye amulet in clay.

Acorns as symbols of luck 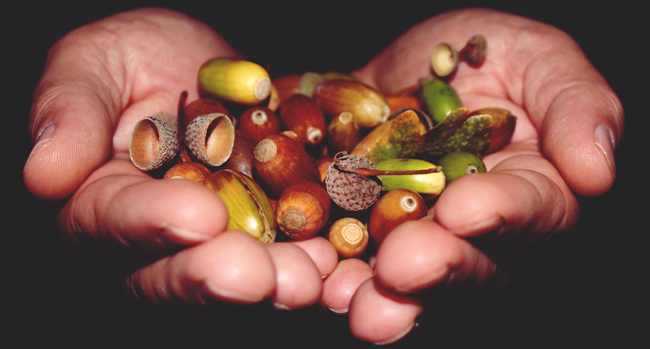 Due to its association with the Norse god, Odin, the humble acorn is also considered a symbol of good luck. Odin hanged himself from an oak tree to gain knowledge, so the acorn symbolizes wisdom.

The Scandinavians also believed that acorns could provide divine protection and placed them in the windows of their homes to prevent lightning.

During the Nordic invasion, the English carried tassels in their pockets, perhaps hoping that they would make their conquerors more sympathetic to them.

Tassels make fun lucky symbols to keep with you because they are so common in the fall. They are fun to put together and even more fun to decorate. Spray them in gold and silver, or just use acrylic paints to give them a gorgeous color.

If you want more ways to bring good luck in your life, check out this playlist of lucky songs or inspirational quotes about luck and victory.

If you have extra time, you can read a great book on luck or try these 8 proven methods for more luck.

Above all, don't put all your faith in luck. Be smart, patient and persistent and your luck is sure to turn around.